As the most vulnerable members of any population, infants and children are dependent on others for their survival. They are the most represented groups in cemetery samples, simply because surviving past the first year of life is no mean feat when you are so fragile. Providing you survive childhood, the stresses you experience during that period can go on to seriously affect your adult life. Childhood experience, then, is extremely interesting to the bioarchaeologist – not just because it’s nice not to ignore entire sectors of the population, but also because what’s happening to the children reflects big things like cultural ideas surrounding childhood, environmental stresses and disease environments.

When we study infants and children in cemetery samples, however, what we see is just a single moment in time. We might see indicators of stress if it was not so severe as to completely halt bone formation. We might get hints of infant feeding practices if something particularly unusual was occurring. We definitely get a biased sample – to study childhood archaeologically we have to look at individuals who did not make it past childhood! So how can we get an insight into childhood health in the past when we have biased samples and individuals who may or may not have recorded the stresses they were experiencing in their bones?

The answer may lie in geochemical techniques. Bioarchaeologists have long-recognised that tissue chemistry can give insight into childhood experience. Changes to isotopic ratios in bones, for example, can help to pinpoint when weaning was occurring. More recently though incremental isotopic techniques have been developed that allow us to look at experiences over the life course – not just at a single point in time. Tissues that grow at known rates (like teeth, hair and nails) can be sliced into increments. Each of these increments represents a period of time in a person’s life and we can use incremental values to build a profile, showing changes to tissue chemistry over time. Why is that a big deal? Because it means we can look at changes to tissue chemistry in archaeological infants and children to see changes to diet and physiological stress over time, leading up to time of death. But perhaps more importantly we can look at the early-forming tissues of adults who survived childhood, to get an insight into their childhood experience and whether or not it was different to our non-survivors. Goodbye osteological paradox (ok, that’s an exaggeration, but it’s a good step on the way to removing bias).

Julia Beaumont (Bradford) and Janet Montgomery (Durham) are pioneering this kind of work, showing maternal and infant stress levels in Irish famine samples, and investigating the implications these have for survival. They’ve shown that they can see differences in weaning behavior between survivors and non-survivors and evidence for maternal stress in the increments that form while the infant is still in the womb. They’ve even spotted evidence for the introduction of famine relief food in the form of ‘Indian meal’ (maize), which handily has a carbon isotope signal that is very different to the much more negative values of the traditional Irish diet. The work being done on childhood during the Irish famine is extremely cool and, because it’s a relatively well-documented historical event, there are written sources like workhouse records that researchers can use to add to and support their interpretations. Lucky them!

Excerpt from the Minutes of the Board of Guardians, Kilkenny Union (9 March 1843), describing the death from starvation of an infant of 2 months in the workhouse. Photo taken by Jonny Geber at the Kilkenny County Library (Local Studies 6/2K).

Work in modern and historic contexts is building up a picture of the myriad of different isotopic changes which can occur during childhood. In these contexts we either have very good knowledge of the childhood experience (as in clinically examined infants) or can extrapolate it from historical records (as in the Irish famine context). As incremental isotopic techniques are increasingly applied we are building up what is effectively a reference library, showing which changes might be related to weaning, which might relate to the introduction of complementary foods. We can also see what maternal-infant stress transfer might look like isotopically, and identify stress spikes throughout tissue formation.

This is especially useful for people like me, who work in prehistoric contexts. Here the childhood experience is very much a mystery, and having references from which to interpret isotopic results becomes important. For my work in the Atacama Desert of northern Chile it’s particularly useful because there are so many competing influences over the isotopic composition of tissues. I need all the help I can get in my interpretations!

The Atacama Desert is a crazy place to live, and it’s a crazy place isotopically. To start with the aridity of the desert environment means that terrestrial food sources have isotopic ratios that are well outside of what we’d consider ‘normal’ elsewhere. Secondly, baseline stress levels are likely to be through the roof. The Atacama is the driest hot desert on earth (fun fact: technically Antarctica is a drier ‘desert’, because all its water is tied up in the form of ice/snow). Where I work there are snowmelt fed rivers which have allowed people to farm the valleys since around 1500BC, but even then it’s precarious. So our isotopic profiles are probably going to be affected by stress at least as much as they are affected by infant/child feeding practices. In fact, there’s a prevailing theory in the area that infants and children weren’t just under nutritional stress, they were also being systematically poisoned by the extremely high heavy metal content (especially arsenic) of the rivers. Good times.

The San Jose ‘river’ bed, Arica. Taken by the author, November 2014. Water is a precious resource in this area, and the river is used extensively for crop irrigation, meaning by the time it reaches the sea in the city of Arica, for much of the year there is no water there at all.

As a final complicating factor, the area has played host to a variety of different polities, including the Tiwanaku people and later the Inkas, who are likely to have brought with them useful complementary foods such as maize, but also different cultural expectations regarding infant/child care and feeding. But in a prehistoric context we can’t be totally sure what these were. We have some tantilising hints from later Spanish ethnographers who observed the Inka, and occasionally wrote about their childcare practices. As per usual though, these accounts tend to focus on royalty and royal males in particular, things as ‘mundane’ as women and children rarely get a look in. The brief mentions of Inka childcare do paint a picture of a rather laissez-faire attitude to young ones, with multiple accounts speaking of how it was considered weakness to hold babies, and Garcillaso de la Vega talking of keeping infants in holes in the ground beyond a certain age. There’s even a potentially (hopefully?!) exaggerated mention of sending them to work in the silver mines for misbehavior. Not very useful on the whole though, and in the northern Atacama, which was on the periphery of the Empire, these customs may not even have applied.

Vessels like this kero (qero) appear in the archaeological record from the Middle Horizon (450-900AD) onwards. Used for the ceremonial drinking of chicha (maize beer), they highlight the incoming of external polities and their customs. Photo is of a Tiwanaku period kero in the collections of the Museo Larco, Lima and was taken by the author.

All of these things combine to make a gloriously chaotic picture of early life in the Atacama. In looking at incremental isotopic profiles from my individuals, we have evidence for almost every kind of infant/child life-experience you can imagine. Some show broadly what we’d expect for a child in any context – a signal for breastfeeding, followed by a gradual shift down to adult isotopic ratios as weaning occurs. Other profiles are dominated by stress signals, with high maternal nitrogen isotope ratios probably signifying maternal stress, and continued stress throughout infancy. We can see the use of maize as a complementary food during weaning for some individuals, but others from the same time period seem to completely ignore it, weaning onto different resources instead.

Isotopic systems can be complicated. Particularly when you work in a desert.

All this isotopic chaos can be pretty frustrating. There was no uniformity in weaning behavior in any time period in the Atacama. No massive changes with the incoming of agriculture. No population-wide processes apparent at all. How am I supposed to get my high-impact, world-changing publications now?

But actually these incremental techniques we are begin to reveal more and more complexity in decision-making, and diversity in life experiences in the past. There is no single story of childhood in the Atacama, just like there was no single story during the Irish Famine, and no two childhoods are the same today. Using these new methods we’re building individual profiles, not population models. We can see more detail so of course the picture is going to get more complicated. And in many ways that’s what bioarchaeology is about – seeing the complexity of life, and giving the people whose remains we study back their own, individual stories. 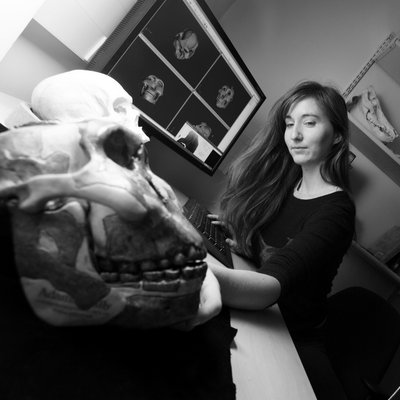