Hundreds of babies of prostitutes getting thrown down a water well in ancient Roman times in Israel; whole cemeteries of unwanted ‘brothel babies’ in Roman period Britain; thousands of Carthaginian babies sacrificed; and purported sacrificial Mayan child victims with ‘supernatural’ obsidian stones. These are just some of the kinds of sensational research stories on infant burials from archaeological collections that are frequently reported. The preoccupation of archaeological research with the subject of infant murder and sacrifice may conjure up images of babies being uncared for in the past, and that infanticide was a common or even accepted practice. However, as with any research, it is important to ask how we can check the validity of these interpretations. Using multi-faceted anthropological studies, we can get closer to disentangling the truth on infant murder in the past.

In legal terms “infanticide” refers to the deliberate act of killing any infant under the age of 12 months. The act of killing unwanted babies is often carried out at the time of birth (the neonatal period), so the term “infanticide” is often used as a synonym for “neonaticide”. It has been stated that babies have been killed in many cultures and in all times in history. Anthropologist Laila Williamson (1978: 61) has gone as far to argue that:

“Infanticide has been practiced on every continent and by people on every level of cultural complexity, from hunter gatherers to high civilizations, including our own ancestors. Rather than being an exception, then, it has been the rule.” 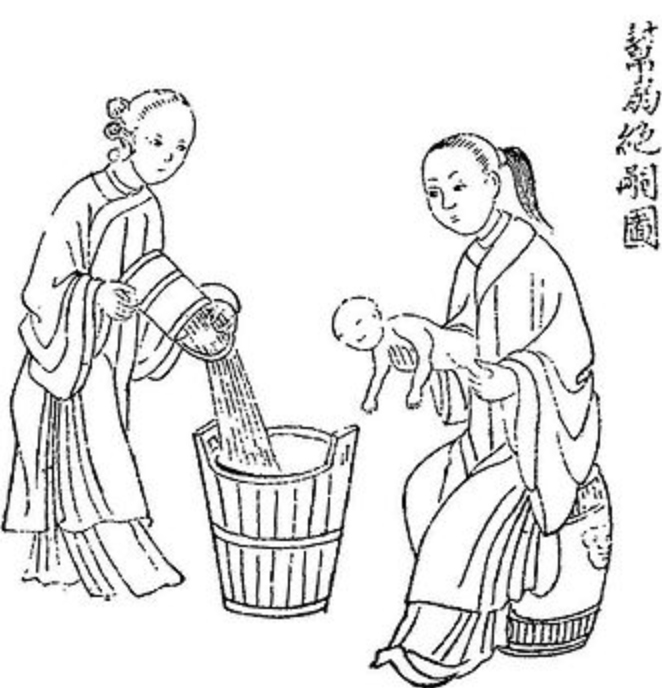 Non-human primates, including our nearest living relatives, the chimpanzee, have been observed carrying out infanticide. In chimpanzees, this is typically undertaken by an unrelated adult male, the reasoning often hypothesised to be a type of sexual selection to confer reproductive advantage to the male. More recently female-led infanticide has been observed in chimpanzees, the perpetrators also being unrelated to the infants.

The motives for human infanticide are varied. Unique to humans is gender-based infanticide, and it is a parent who often carries out the infant killing. A striking example of gender-based practice is modern female feticide and infanticide, with around half a million female fetuses purposely aborted in India each year alone, as well as the thousands of female babies that are killed soon after birth. Other causative factors for human infanticide relate to poverty, social pressure, and the birth of infants with severe physical deformities. The interplay of poverty and domestic violence towards mothers are argued to have played an integral role in the famous ethnographic research by Scheper-Hughes in which she argued selective neglect or “passive infanticide” occurred in shantytown Brazil.

The actual acts of infanticide in humans are usually non-violent or ‘passive’, including exposure and smothering. The most common method for killing babies in non-Christian societies was drowning. For example, historical texts from the Qing Dynasty often use the term ni nü (to drown girls). There is also documentary evidence for drowning in the Roman Empire, classical Greece, and in Viking Scandinavia. The practice of infanticide is also often carried out covertly and without normative burial ritual.

Although there is documentary evidence for the practice of infanticide in many places and times in the world, most cultures actually condemn its practice, and some would argue that instances of infanticide are generally isolated.

Why, then, is there such a research focus on the practice of infanticide in our past? Do these simply appeal to researchers for publishing a high impact publication, or to news agencies publishing sensational click-bait stories that tug at our heartstrings? Figure 2. Early 19th century engraving by an artist associated with William Carey, purporting to show infanticide by drowning in the Ganges River.

Although anthropologists are generally very careful to recognise their own cultural biases in their research, there is undoubtedly a hangover from the 19th century interest of “others” and “dark” practices. Or do anthropologists in recognising their subjective biases on the importance placed on children in Western society today overcompensate and inadvertently dismiss the value placed on infants in the past?

While infanticide did happen in the past, whole cemeteries devoted to murdered infants seem fictitious when we consider a more contextually nuanced approach. A case in point of an unsupported interpretation of infanticide comes from the Yewden Roman villa site at Hambleden in Buckinghamshire, England. The main argument for infanticide at this site (and other purported infanticide sites) is a high peak of deaths at around the time of birth. While the site was reported as a “mass grave,” the 97 infants were buried over a period of 300 years. Of the 35 infants that have been analysed these range in age from 32-43 gestational weeks (around 7 months gestation to into the newborn period). A researcher from the project has been reported in media arguing that this was a burial site connected with a brothel and a curator of the local county museum has been reported saying it was some type of birthing centre, perhaps connected to a shrine for a mother goddess.

There is no contextual evidence that links this burial site to a brothel, and 97 infant deaths over a few hundred years is not an excessively high mortality rate. The assumption that a high rate of infant mortality around the time of birth equals infanticide is problematic as there are many archaeological samples that have high mortality peaks around the world, including sites in North America, Serbia, Greece, Egypt and Southeast Asia. Historical medical mortality records also show a high peak of death occurring around birth and it is acknowledged as the most critical time in a baby’s life. The birth of pre-term babies (younger than 37 weeks gestation) at this site would have also likely had impacts on their chance of survival. A study by Mays and colleagues of an infant from the site with cuts to the femur (thigh) bone that occurred around the time of death suggests obstetric problems causing death. The cuts are consistent with the practice of embryotomy, which were undertaken in cases of fetal death during obstructed labour. The infant graves at the site adhere to Roman burial custom, where infants are normally placed in and around buildings and villa yards and afforded a simple burial. These burials are inconsistent with those of individuals who are killed in instances of infanticide from exposure or drowning, as this is often done covertly and without this type of burial ritual. Ancient DNA evidence from this site also provides no evidence for a sex bias in infant death.

Unwanted infants who were not cared for seems to be the default assumption in many archaeological interpretations in the past. Indeed some were unwanted, as some are also unwanted today. However, using sources of information drawn from the mortuary record, modern and archaeological mortality data, maternal health and obstetric factors, and historical information on the practice of infanticide and care for the young, we can turn our attention to engage with multiple facets of infants lives, albeit cut short.