There is a romanticised view that pre-Hispanic societies from the Canary Islands lived in a ‘paradise on earth’ without violence and conflict. However, recent work by anthropologists has shown that there is evidence for intentional trauma in adults from pre-Hispanic sites suggesting inter-personal violence. A recently published paper has found that the young were not spared this violence, with a high number of children from the island of Gran Canaria with skull trauma. This is significant as there is generally less evidence for violence in children compared with adults from archaeological contexts. 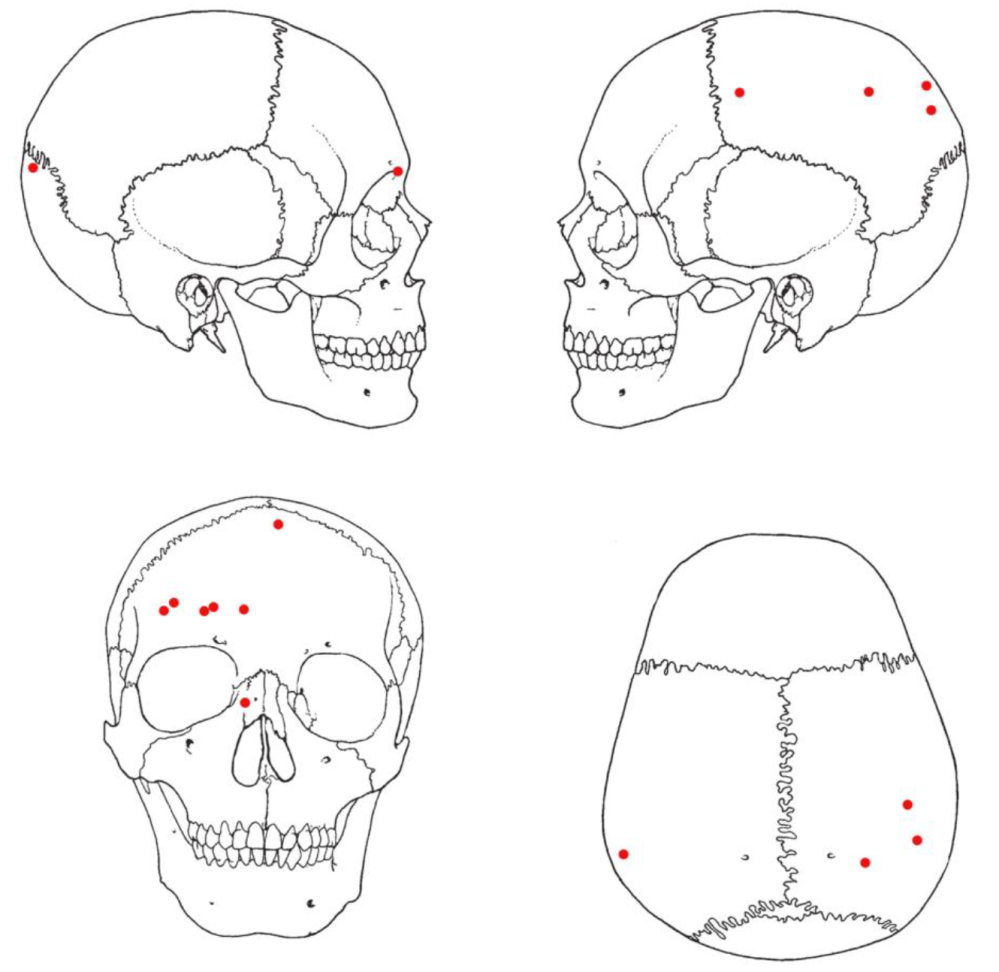 Figure 2. Areas of the skull that showed traumatic injury (from Velasco-Vázquez et al 2018).

The infants and children analysed in this research are from sites that cover an expansive part of the pre-Hispanic occupation of Gran Canaria from the 6th to 15th century CE. The authors studied a total of 65 infants and children looking to identify any sharp force trauma, puncture injuries, and blunt force trauma on the skull. Fourteen children suffered from craniofacial injuries, all of which were blunt force trauma, and two of these children have evidence that this trauma resulted in their death (e.g. Figure 1). Most of the skeletal trauma occurred on the face or forehead, a similar pattern observed in adult studies of trauma in these populations (Figure 2).

Children could have been engaged as actors in this violence as well as the victims. Although early scholars painted the Canary Islands as a peaceful and bountiful paradise, ignoring  evidence for social inequality and conflict, there is archaeological evidence for marked social hierarchy and resource depletion in this insular community, which likely led to significant social unrest.